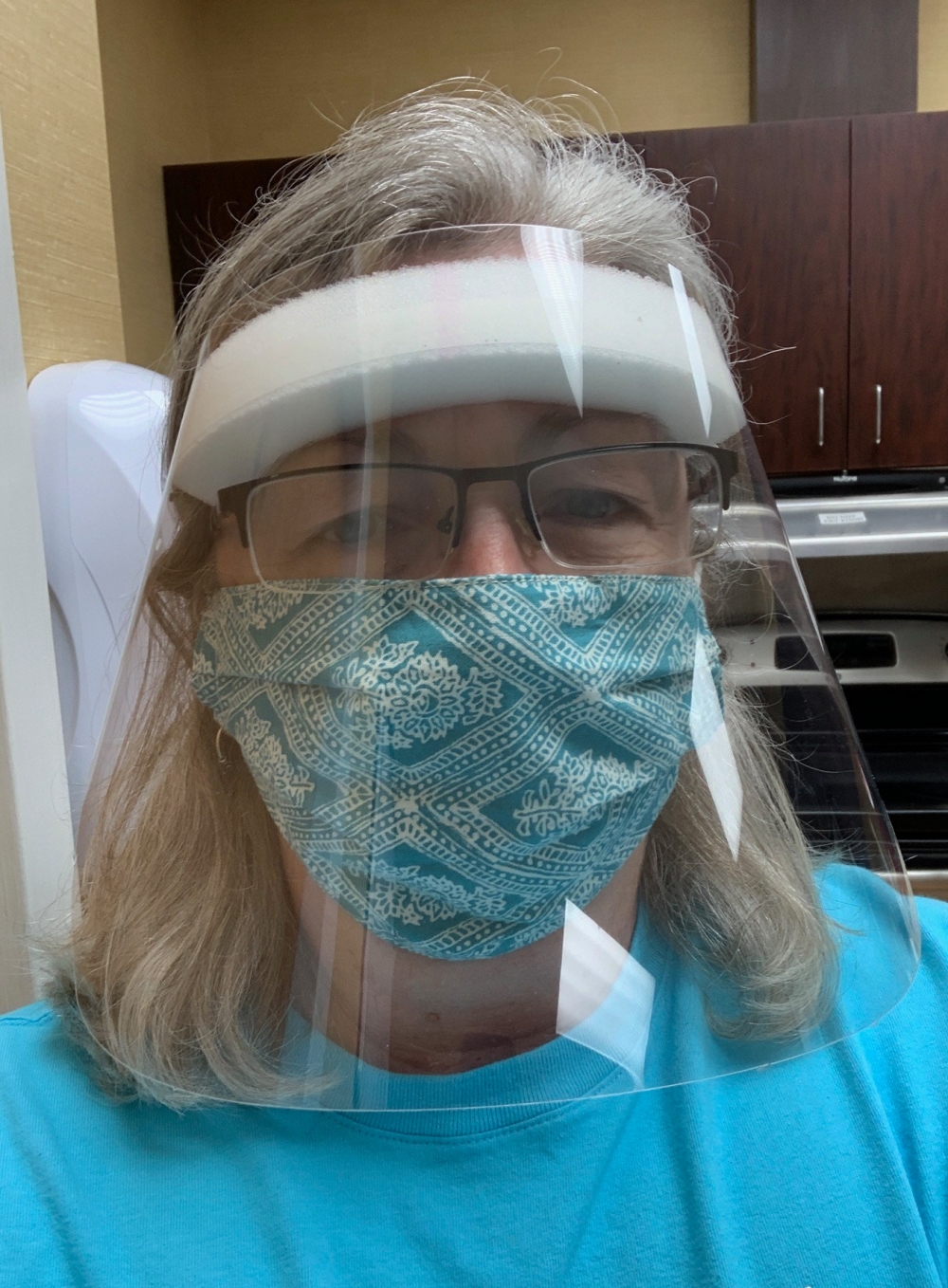 This virus has long since gotten very real for every day folks. A friend recently lost her ex-husband, her daughter’s father, to this invisible monster. She’s a gracious woman of faith. Any issues that may have existed before he fell ill seemingly vanished when she learned he had the virus. His survival was her hope, for her daughter’s sake.

He was a New York City bus driver, and he died last week.

I have had similar prayers for my loved ones. Most of mine are able to play it a little safer, thank goodness. Except for my friend, Lynn.

Every day, Lynn heads to her job as a healthcare worker. When she arrives, she is subjected to a temperature check and an ever-increasing number of extremely personal questions. Everything has to be sanitized before she’s allowed inside. The answers and her temperature are recorded in an official document. She is issued personal protection gear. Last week was the mask. This week, she received a face shield.

She finds comfort in the protocol. She relies on it. She has faith in their system, which took extraordinary measures early on to restrict access to both patients and the healthcare workers who take care of them.

At the end of her shift, she comes home to her family. She leaves her clothes and shoes in the garage and heads straight to the shower once inside. If she has to make a trip to the store, she does everything she can to keep herself and those entrusted to her care as safe as she is able.

It’s a stressful time, but she’s not ever been one to complain. Lynn and I have been friends for 42 years. She’s been family to me from the beginning. I can’t do a thing to help her, except pray she stays healthy.

Lynn said she is proud to work for a company that is doing everything it can during this crisis to implement strong prevention practices, keep everyone employed and keep everyone alive.

Frequent communication has been a key, she said. She’s not aware of everything that’s being done on the “outside,” as she refers to everywhere that isn’t her personal healthcare bubble. But the constant educational communications are both efficient and productive. The motivational messages she receives from her leaders are a welcome respite and help her to stay focused.

“We stopped all visitors a long time ago,” Lynn said. “We shifted to one on one with patients and limited the number of people in the rooms.” She calls her current experience scary, yet “calm sometimes.”

Her work is focused on rehab, so without any elective surgeries, she and her colleagues aren’t seeing any new orthopedic rehab patients. She expects to see new patients, however, as folks survive the virus and need a place to recover and regain strength. “I hope we see them,” she said. “I would love to work with the survivors of the virus.”

Her voice softens as she talks about those older patients who can’t be with their loved ones. And she recalls conversations about people having to make a choice to leave a loved one to receive care, all-the-while knowing it might be the last time they see them. Heartbreaking choices.

She and her colleagues play whatever role is needed to keep people active and occupied. Her company was featured in a local newspaper as being one where family members were encouraged to communicate from outside the windows, holding signs up for patients behind the glass. Inches away.

So near, and yet so far.

Lynn represents the best of us these days. And it scares me. “I’m not on the front line,” she said. I wasn’t sure if she was being modest or trying to convince me that what she’s doing is less dangerous than what others are doing. Either way, this isn’t an argument about which healthcare worker is more at risk than another.

They all are. Foot soldiers in a war where it’s sometimes impossible to see the enemy coming.

Related stories:  Of course we knew    A Viral Blessing?