Sheryl McAlister writes personal essays for her blog Old Broad & New Trix and is based in South Carolina. She spent nearly 7 years as a sports writer and editor and more than 20 years with Bank of America in Charlotte, where she was Senior Vice President and Corporate Public Relations Executive. She also was Executive Director of the non-profit Alliance for Women.

She is currently an Adjunct Professor at Columbia College, and she is Senior Director of Community Development for USTA South Carolina.

While at Bank of America, she served on the company’s Corporate Diversity Executive Council and co-chaired the committee that redefined diversity beyond race and gender. She also held a leadership position on the company’s  Business Continuity Executive Team, which planned and executed the bank’s response to natural and man-made disasters.

She earned a bachelor’s degree in communications from Columbia College and a minor in physical education. She also holds a Master of Arts in Organizational Change and Leadership. She is a graduate of the Culinary Institute at the University of South Carolina and the Women’s Campaign School at Yale University.

Her 30-year volunteer and board service covers areas of social justice, civil rights, community service, the arts, domestic violence and sexual assault. She holds 3 certifications from the National Restaurant Association and is a Six Sigma Green Belt. She makes the best lasagna you’ve ever tasted. And is a major league fan of little league baseball. She may be reached at smcalister@columbiasc.edu or smcalister25@gmail.com. 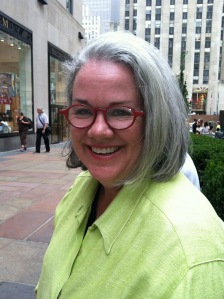