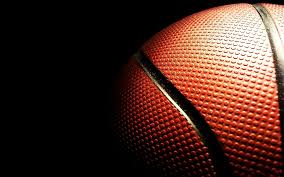 By Sheryl McAlister, a writer based in South Carolina

The article in the paper that day didn’t sit well with me. But I decided, it’s not really my business. I tried to pretend I didn’t have a dog in this particular fight. I was wrong.

A few weeks later, the local tv station ran a few seconds on the issue – but not much. Just sort of brought it up and then let it go without making much of a fuss. I was, frankly, surprised the reporter didn’t make a bigger deal out of it. Still, I thought. Why write about it?

Shame on me for being so short-sighted and lazy.

The news in April of this year was that the University of South Carolina had increased Coach Dawn Staley’s pay and extended her contract. It was expected. After all, Staley had taken the USC women’s basketball team to the promised land and had come home with all the goodies.

Staley turned in an unprecedented performance as USC women’s head basketball coach this year. Her continued success at South Carolina surpasses all who came before her and includes four straight Southeastern Conference regular season titles, three straight SEC tournament titles and a national championship.  For her extraordinary efforts and a championship, her compensation for 2017-18 was increased to $1.45 million.

The men’s basketball team was led by an equally capable Coach Frank Martin, who also turned in an unprecedented performance this year, taking his basketball team to the Final Four. For his extraordinary efforts and a Top 4 finish, his compensation was increased to $2.8 million.

David Caraviello of The Charleston Post & Courier reported on the increases in a couple stories last month.  “Staley’s base salary was increased in 2015 to $550,000 and her total compensation package was $1.1 million.” The paper also reported “Martin’s 2016 contract increased his total annual compensation from $2.1 million to $2.45 million.”

Ten days later, Caraviello and the Post & Courier reported: “The USC Board of Trustees … approved raises and extensions for both coaches. Women’s coach Staley received a four-year extension that will ultimately increase her annual compensation package to $2.1 million, while men’s coach Martin received a one-year extension that will raise his total package to $3.3 million by the final year of the deal.”

A breakdown of the numbers included total comp figures for 2017-18, and while Staley’s base salary and bonuses are reported to be higher than Martin’s, the total compensation figures tell a different story. Folks who determined the numbers would probably say that much of the detail behind the numbers hasn’t been reported. Maybe. But still.

I don’t know Staley or Martin. But like everybody else, I watched what they did this year. I watched them win. I watched them do what USC teams before them had never done. It was a fun ride, to say the least. But what was done after the fact is a shining example of much that is wrong about how we compensate men and women for doing the same job.

Rosamond Hutt writes of the “huge gender wage gap that persists in sports,” in a report released by the World Economic Forum. In a 2016 gender pay gap examination by the Wall Street Journal, the Journal reported that “women earn less than men in 439 of 446 major US occupations.”

A recent Fortune.com article by Madeline Farber cited “a Glassdoor study which found that even men and women with similar work experience and education levels who were working at the same company with the exact same job title … women, on average, were still paid less.”

Martin and Staley, two head basketball coaches, are by all accounts:

Because he’s a man? Really?