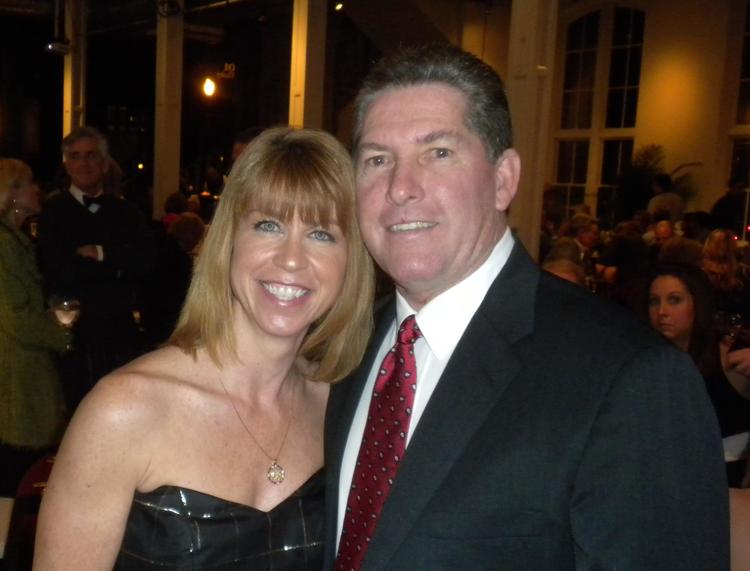 By Sheryl McAlister, a writer based in SC

People around these parts have had a love affair with Coach Ray Tanner as long as they can remember. In a town that loves its sports and its Gamecocks, Tanner is already a legend. Even some die-hard Clemson fans respect the former University of South Carolina baseball coach. His baseball head coaching career started at N.C. State, where he was named ACC Coach of the Year, and continued at USC where he took teams to six College World Series and won two National Championships. He long ago passed the 1,000-win career mark and has coached USA Baseball’s National Team.

Tanner was named athletic director at the University of South Carolina in 2012, and has continued to demonstrate his leadership, relationship management and team building skills again and again. And USC’s teams have been mostly successful during his reign.

But this isn’t actually a story about Ray Tanner. It’s about the other one – his wife Karen. Then again, you can’t really tell one story without the other.

I approached Karen Tanner about working together on a project for her foundation in the middle of the summer of 2016. Naturally, she was a bit circumspect. As the wife of the beloved Coach Tanner, she’s no doubt the target of many a sycophant. As the wife of the current USC athletic director, she probably has more than her share of “friends.”

“Nobody ever asks about me,” she said with a hearty laugh. I got the impression she could have cared less. It was simply a statement of fact. Or maybe an invitation.

The Tanner Foundation – it’s actually called the Ray Tanner Foundation – was founded in 2005 by Ray and Karen Tanner to do good work for children and others who have been underserved or marginalized. The official definition is much more formal, and no words can adequately describe just how much good they do in the Columbia, SC, area through their foundation. But a letter from one little boy they helped through the annual Ray Tanner Slam Dunk event said it best.

“Dear Mr. Tanner,” young Alexander wrote. “I thank you (for the pencils) because I couldn’t do my homework without them. Your pencils were the only ones I had. Without you, I’d be in trouble. Thank you from the bottom of my heart.”

Pencils. Who knew they had the power to make a difference?

These are the children touched by the volunteers of the Ray Tanner Foundation and the woman who runs it. These are the lives impacted because of their service. The Tanners have been doing this work for years. Not surprisingly, they’re more concerned with the service than they are about telling people about it. They are good people who are focused on merely doing the right thing.

The more I got to know Karen Tanner, the more I believe that she and her husband are seriously the real deal. “I know what people think about him,” she said of her husband. “But I’ll tell you he’s the same guy I met on the N.C. State campus in 1987. He’s the same guy I married 22 years ago. Through success or failure, he is rock solid.”

That particular day, she leaned back in her chair; legs crossed, she sipped her soy chai tea latte and chuckled. “I want people around me who knew me before my husband was famous.”

Because when the chips are down, she said, they’re the ones who are still here.

She was an undergraduate at N.C. State University when she met Ray Tanner in 1987. She later became the head women’s athletic trainer and remained at N.C. State until she moved to South Carolina in 1996. At the time, the assistant coach of the WNBA’s Charlotte Sting invited Karen to travel to Europe as an athletic trainer and then rejoin the Sting’s team for the WNBA season in Charlotte. She also enrolled in the PhD program at the University of South Carolina and took classes in the off-season. At some point during that schedule, she realized teaching was not in her future.

That’s when Columbia College recruited her to be its Director of Athletics, so “I quit the doctoral program and I quit the WNBA and went to Columbia College,” she said. While sports had always existed at the small, liberal arts women’s college, the sports foundation laid by Karen and her team set the college on a completely different athletic trajectory for revenue and recruiting opportunities.

After five years, she left Columbia College to focus on kids and baseball. While she’s not one to let moss grow under her feet, she’s also quite comfortable in her own skin. She knows who she is and where her place is in the world. She favors dresses over pants. She rocks her worn cowboy boots as comfortably as if she’d grown up on a Wyoming cattle ranch. She’s also old school, and she adores her husband. “He’s the same dude I met all those years ago,” she said with a twinkle in her eye.

“People think they know me as Mrs. Ray Tanner,” she said. “They want me to act a certain way and look a certain way. And I try to represent the best way I can. This is who I am.”

Karen Tanner is a formidable woman. She stands for good. She speaks for those who aren’t easily heard. And she works tirelessly to help those who go without the basics every single day. She lives her life her own way on her own terms. She is not stuffy or overly serious. She’s neither entitled nor beholden. Except to God.

“God put me here to serve,” she said. “For me, it’s God, family, USC athletics and my foundation. I use that lens for every piece of my life.”

Which explains a great deal about how she runs the Tanners’ foundation. “Whatever we bring in annually, we put out annually,” she said. “And the details make the difference. Every single day we create change by those details.”

The Tanners’ children — Gracie, Maggie and Luke – tend to share the same generosity of spirit, although 10-year-old Maggie was looking for a little more Mom time recently. “She said ‘Mommy, am I as important to you as the Ray Tanner Foundation?’” Karen said recently, shaking her head. While there is much to do as the head of her family’s foundation, she tried to explain to her daughter how all the priorities in her life fit together even though the foundation certainly didn’t outrank her love for her child.

The year has been a long one with ever-increasing needs of the foundation’s beneficiaries, three children and an active university schedule. The spotlight has been bright on her athletic director husband through a difficult football season. There are USC events to attend. There are fundraisers to plan. And her family was displaced from their own home when Hurricane Matthew dropped an enormous tree through the center of the house.

Somehow, she finds a way to take it all in stride. “In the light of day,” she said. “I give thanks for all the things in my life.”

“Dear Mr. Tanner,” young Ronald wrote. “Thank you for the school supplies. I really, really like what you got for us this year. I respect the things you do so much. I want to be like you when I grow up so I can give students school supplies … and do what’s right.”