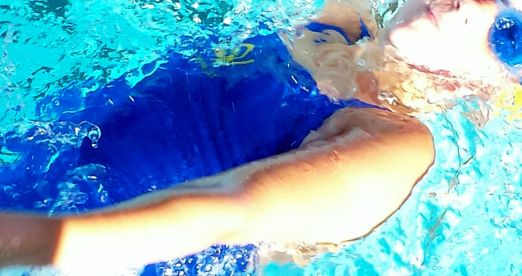 “Other People’s Children…”
By Sheryl McAlister, a writer based in South Carolina

The teachers were out in full force last weekend. I ran into one of them in the checkout line at a local retail store. She and her colleagues were working hard to buy school supplies during South Carolina’s tax-free weekend, when everything related to school supplies was dirt cheap.

The teachers were working to help the kids in their districts – the kids for whom new backpacks and pencil boxes are luxuries, as well as the kids whose parents don’t care if they have school supplies or not. These teachers were buying as much as they could for as long as the sale lasted.

It got me thinking about all of those good people out there who do so much for other people’s children. The teachers, the coaches, other kids’ parents. We all know who they are.

Marian Wright Edelman, founder of the Children’s Defense Fund, has been a tireless advocate for children all her life. One of my favorite quotes from her is that, “the future which we hold in trust for our own children will be shaped by our fairness to other people’s children.”

Which got me thinking further about my summer as a spectator at swim meets, baseball and soccer games, basketball games, music recitals, and scouting events; watching those talented, happy, well-loved children I hold so dear to my own heart.

And recognizing those individuals – the coaches, the leaders, the teachers — who gave their time and energy … to other people’s children.

There was the swim team coach who believed so strongly in her swimmers that she could get them to believe they could do anything. Her sense of sportsmanship was so strong she wouldn’t allow her team to gloat. Not even a little. No wonder her teams were the league’s perennial sportsmanship award winners.

She had an incredible impact on one particular pre-teen with a beautiful set of strokes and an iron will, who had not been in the pool competitively for several years while her single mother battled cancer.

This coach told her she could do anything. This coach demanded from her more than she thought she was capable of. The swimmer, not easily swayed, believed her. The evidence of that trust played out with the young swimmer’s extraordinary effort in the annual city-wide swim meet.

That same coach nurtured another young swimmer this year. This particular kid was different. Not much for athletics, he was only swimming because his mother made him do it. Not terribly competitive, unless against a video game, he didn’t win much at sports. His talents were many, just not in athletics.

But that coach made him give all he had. She didn’t let him off the hook. Reluctantly, he did what she asked of him. He’d always finish. He had a good attitude. He’d shake hands with the other swimmers, then climb out of the pool, towel off and wait until the next race.

Then during one meet, he found himself alone in the pool with one other swimmer. Just the two of them in an individual freestyle race. He came into the wall trailing this other swimmer. He hung on the wall a second longer than he should have. But in that second something happened.

He found another gear. And he kicked into it.

He beat the other kid. Not by much, but he beat him.

What washed over him was a moment of pure, unfettered joy. His arms went straight in the air, and he said to himself “yes!” He shook the other kid’s hand and climbed out the pool.

He walked away and raised his arms over his head. His was a solitary celebration, and not one that would have been noticed by anyone except his coach and those in attendance who loved him. The moment – the feeling — continued to wash over him, and he let it sink in. I whispered to him “don’t ever forget how this feels.” And he said “I won’t.”

Those 2 swimmers walked a little taller at the end of the summer. They laughed a little easier.

Their coach did that. For somebody else’s kids.

My dad was a volunteer coach. And just because you were his kid didn’t mean you were entitled to play or would play longer than anybody else. If the game was on the line, he played the best lineup, whether that meant his kids played or not. He played to win, and he played fair. We weren’t getting in the game just because we showed up. We had to work just as hard as anybody else.

He was a good coach and a good man. He taught the fundamentals. That an assist was as good as a pass. To tag up on a fly ball.

Life lessons were packed into those simple truths about team sports. He won dozens of championships and hundreds of games during 25 years of volunteer coaching. Dad beat so many teams that during the annual softball draft other coaches would even change the rules around thinking they could outsmart the system.

Dad would simply tell them that whatever they wanted to do was fine. They could pick their teams, and he would pick his. And then they could switch teams, and he would still beat them. It didn’t endear him to the other coaches. But he wasn’t wrong. He taught hundreds of kids the fundamentals of basketball and softball as well as a sense of fair play and sportsmanship. And he coached them long after his own kids had stopped playing.

It’s unfortunate when a youth league coach doesn’t get it. When a coach can’t put aside his or her own feelings or needs and understand the coach’s role in that league is to help build better people. Help teach a game and a set of fundamentals while also helping to mold young minds and build strong hearts.

And you can see the kids who have it. It’s always the good kid who gives everything he has for every single minute he’s in a game. It’s the good kid who, win or lose, shakes the other team’s hands. Win or lose, the kid who’s playing until the buzzer sounds.

That unbridled passion combined with a natural ability to play a sport or an instrument or do anything deserves a coach or a teacher who appreciates both and can find a way to channel the energy and enthusiasm into character building as well as winning.

I appreciate all those coaches and teachers – volunteer or otherwise – who get it. Who fundamentally understand how what they do or don’t do might just make a big difference in a kid’s life. Fairness and trust – at a minimum — should be foundational.

For other people’s children, as well as their own.
#####
Copyright 2015 Sheryl McAlister©