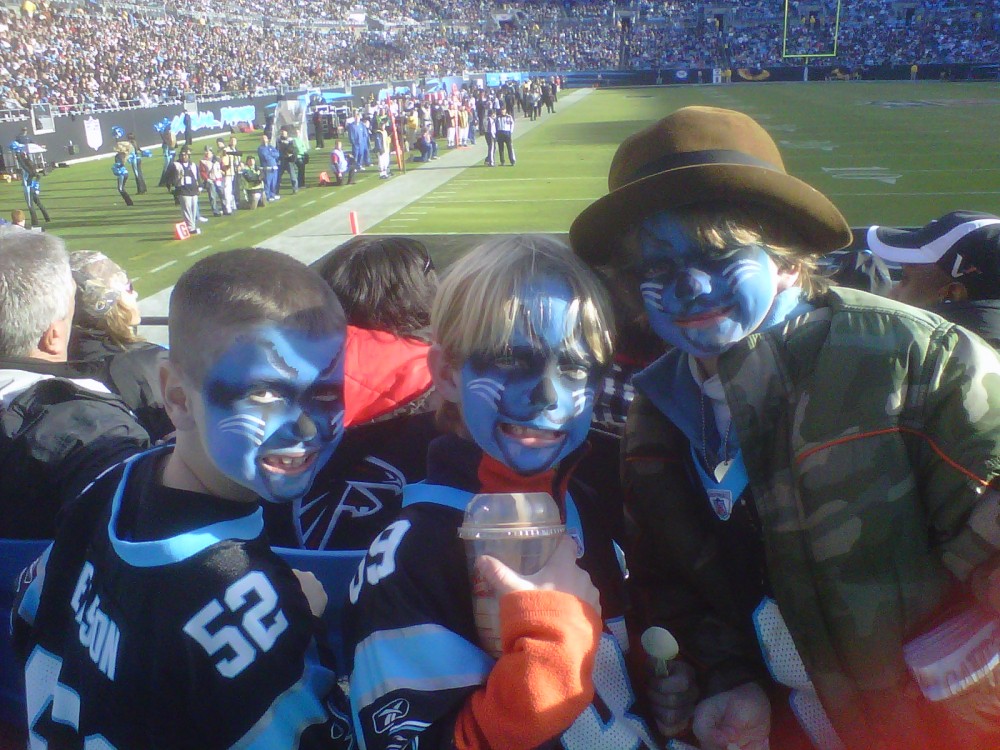 Unsportsmanlike Conduct
The way the Panthers have chosen to communicate all this to those who have stuck by them is, well, bush league.

It wasn’t quite as bad as breaking up in a text message. But pretty damn close.

I just got a call from your office informing me that my season tickets and Permanent Seat Licenses (PSLs) were permanently being moved to make room for bunker suites. So much for contracts.

According to the news, about 400 PSL holders and about 900 people were impacted by the move. It’s January …. And just in time for season ticket invoices to be sent out. The pre-season starts in about 7 months. There’s no way you guys didn’t know this months ago.

You have to know, this is not just about football tickets. Because, God knows, the Panthers consistently just aren’t that great of a team. This is about the football community that meets every year in the same seats to catch up with each other. We’ve watched kids grow up in those seats. We watch each other’s stuff when someone has to run to the concession stand. We like these people we sit with. We know these people.

We have stayed with this organization since the beginning. Through seasons where the team was so bad you couldn’t give tickets away.

And through the best of times. I went to Super Bowl XXXVIII in Houston, Texas, when Jake Delhomme led the Panthers to near victory over the New England Patriots. And when Justin Timberlake actually did look like he helped Janet Jackson out of her shirt during the halftime show. Well, at least through the binoculars.

The news of Luke Kuechly retiring was just sinking in. And now this?!?

Listen, in the grand scheme of things in life, this ain’t a big deal. And I’m not fuming like some people probably are. But I also don’t blame these fans for reacting that way. I know David Tepper is a risk taker, and I have confidence he will do some great things for the Panthers’ organization.

But, come on. Do better than this.

Back in the day, the Panthers and Charlotte needed the fans and their PSL dollars to help build the stadium, and the fans stepped up. We bought into the dream. I walked over to the Panthers’ stadium 24 years ago and chose my seats in Section 103 in the West End Zone. In the years since, I showed up whether the Panthers were winning or losing.

And while I certainly understand the need for growth and development for long-term sustainability …. The way the Panthers have chosen to communicate all this to those who have stuck by them is, well, bush league.

You guys owed us better than this.

I hope it’s worth it.

Related stories: The Girls on the Hill; More Than a Game; NFL Got This One Right; Sacked; Young Fan Predicts Panthers’ Win  ;